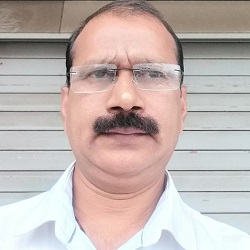 He is also running various social activities under his own Foundation, Founder and Director of MUKTISHREY FOUNDATION (Regi.No.U85300DN2020NPL005630. ) Plantations at various places in the Dadra and Nagar Haveli. Blood Donation Camps, Religious activities/Sports activities under his foundation. He is raising public issues/ draw attention on various subjects/issues like Roads, Infrastructures, Educations, SC.ST Students issues and put before concern government authorities for solutions. 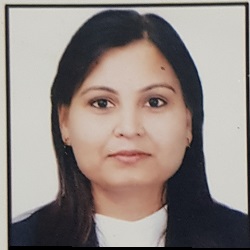 Ms. Arunima Dwivedi, Advocate, Post Graduated [M.Sc. (Physics)] from Utkal University and did law from Gujarat University. She started practicing law from 1999, putting in almost 22 years of vast experience in Civil law, Criminal law, Banking law, Property law, Administrative law, Labour law and with specialization in Commercial law, Corporate law. She is Advocate-on-Record in Supreme Court of India and also representing Govt. of India before Supreme Court of India and Delhi High Court. She also has experience in Mediation and Arbitration and is a full time Mediator with Delhi High Court Mediation Centre. She also worked with number of NGOs and does free legal Aid camps. She is working relentlessly towards enabling women to become capable of making her own decisions and fight for their rights. Her work aims at safer and better lives for women and children. 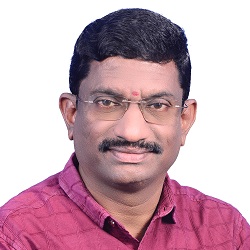 He is involved in co-operative sector from 12 years and serving as a founder Director of a Co-Operative Society.

He has expertise and wide experience of around 15 years as Trainer for Competitive Exams and as a lecturer. He is a Founder Director of ‘Pratibhaloka Career Academy’,   Competitive Examination Study Centre for Teacher Recruitment, Police, PSI, FDA, SDA, RRB, K.A.S. and Pre-competitive exams such as banking (CET, CAT). Several aspirants  got selected for State Government Services as well as Indian Railways and Banking sector.

Being Motivational Speaker, he delivered Special lectures on Personality Development and ‘Vachana’ Literature in various schools, colleges and seminars across the state.

He is regular speaker at various literary and cultural forums. He has penned many articles which are published various magazines and periodicals on the topics related to social reforms.

With an authoritative voice and calm demeanor, he is a popular Narrator. With his orative Skills influences audiences.

He participated as a guest in several live Programmes in different TV Channels.

He is the Founder President of Srujanasheela Chintana Balaga– a forum of intellectuals. He served as Honorary Secretary of Kannada Sahitya Parishat, Talikoti Taluk Unit. 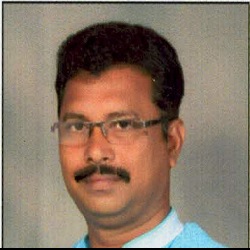 Shri K N P Chakravarthy holds a Masters Degree in Business Administration  from Vinayaka Missions University, Salem;  studied in GITAM College, graduated with Bachelor of Science from JRNRV University, also holds a Graduate Diploma in Physical Education from Sri Venkateswara University, Tirupati and has done his Schooling at Sainik School, Korukonda, Vizianagaram which is one of the best schools in India working under Ministry of Defense.

Organized many social activities like distributing essential commodities to the needy in remote areas; organized medical camps by distributing anti-malarial kits, anti-filarial kits to the downtrodden tribes living at hill stations on behalf of SERVE-an NGO.  Extended help to the poor and effected people in and around Visakhapatnam during Hudhud (a National cyclonic disaster). Organized nearly 32 blood donation camps in a span of 8 years with various NGO’s which I am representing for.

Established ALL INDIA CORPORATE EMPLOYEES WELFARE ASSOCIATION and being Founder President, resolved hundreds of cases across India regarding Job insecurity for the employees working with Corporate Companies. 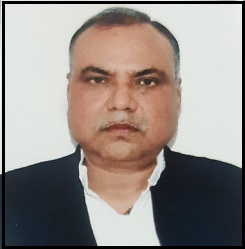 Dr. Anil Kumar Mishra is currently serving as H.O.D. at Department of History, V.S.S.D. College, Kanpur, Uttar Pradesh. A postgraduate in history, he also holds an LL.B. and Ph.D. degree, all from C.S.J.M. University, Kanpur. He has a teaching experience at postgraduate level, of 32 years and counting. He has been serving as the president of Itihaas Sankalan Samiti, Kanpur Prant. Dr. Mishra has contributed in varied administrative capacities at CSJM University. Over the years, he has conducted  several national seminars and published over two dozen outstanding research papers in reputed national journals.

His understanding for the value of quality education has brought him into management body of numerous academic institutions. Understanding his social obligations, Dr. Mishra proactively and consistently contributes at various cultural, social and charitable platforms.

His efforts towards social and educational upliftment of society have been thoroughly acknowledged.